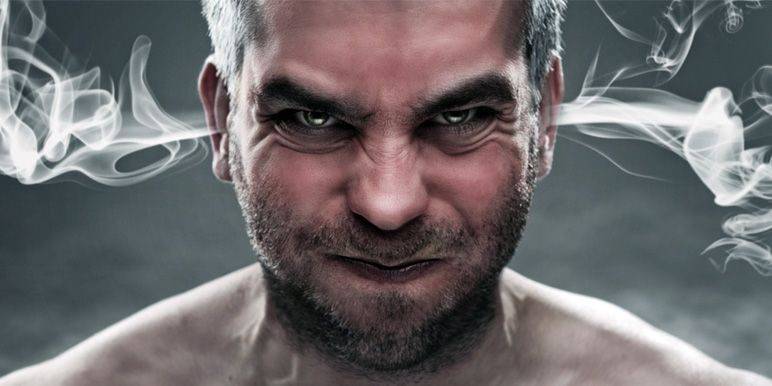 It was during the mid-80s, following a series of violent crimes involving bodybuilders, that the world began to feel “roid rage” was a real thing. Roid rage seemingly makes every bodybuilder a disaster just waiting to happen. This was also on top of the unnaturally large muscles that gave off a bad impression and made bodybuilding seem unhealthy, bordering on dangerous.

Roid rage is thought of as a short psychotic outburst experienced by steroid users. People suffering from roid rage typically lose control over their impulses and exhibit a violent explosion of anger.

Everyone is already aware of the dangers of taking steroids and how they affect the body. No one is going to try and pretend steroids are completely safe. However, no one has been able to prove conclusively that steroids cause this uncontrollable rage. The jury is still out on whether or not “roid rage” really exists.

There is an argument to be made that, as steroids mimic testosterone, it can lead to irritability and aggression if misused. It can also be argued that the steroids are merely exposing something that was already there; that the individual was already predisposed to aggression but had never been provoked before.

There are also people who are just naturally aggressive or suffering from emotional problems. If these people were to take steroids, it could worsen their already bad reactions to stress.

Not Everyone Who Takes Steroids Suffers “Roid Rage”

When you take a good hard look, you see that most people who suffer from roid rage have pre-existing issues. Steroids trigger these psychological issues, and the same thing happens with almost every other drug. Substance abuse and dependency, in general, is one of the leading cause of violent outbursts.

When you look at it this way, you see that steroids are not the root cause of the issue. What they are is merely a trigger. A study from Sweden looked at the relationship between violent crime and steroid usage. This study showed that there may be a link between steroids and premeditated crime; where the criminal plans out their crime. Most psychotic outbursts could hardly be called premeditated.

Essentially this means that steroid users are not likely to commit impulsive crimes after losing control of their emotions. The research would suggest people may take steroids to increase their muscle mass, aggression, and self-confidence to commit a carefully planned crime.

So, steroids are used as tools by people for whatever purpose they want. Just like every other tool, steroids are open to misuse, and the result of this abuse could be terrible.

More often than not it is the individual and their personality that decides if something will end in disaster or not. Be aware of the facts and do not pass unwarranted and ignorant judgment. It’s never a good idea to abuse substances and steroids are no exceptions.

It’s all too easy to generalize all bodybuilders on steroids and say that they are all just one stop away from snapping, but there is no real evidence to support that. The only evidence that does is circumstantial and anecdotal at best. It’s far too flimsy to support such a wild accusation.

There is a bad egg in almost every basket and for each bad person, there are hundreds of good people who are just trying to improve their lives. Bodybuilding is a tough and serious discipline where people follow strict guidelines and try and live good lives. The good bodybuilders shouldn’t be judged because a few bad people misrepresent them.